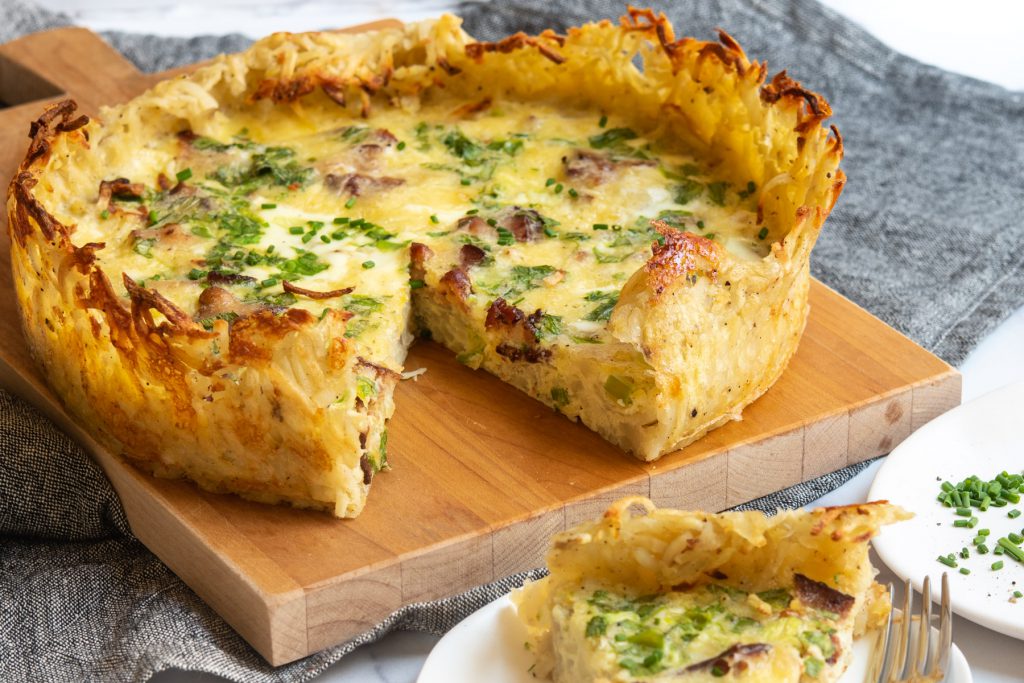  5/5
This meal-in-quiche-form packs plenty of protein, a creamy custard that melds well with bacon, green onion, and white cheddar all set inside of a crispy hash brown crust. To save time, look for frozen hash browns instead of shredding your own potatoes. This quiche recipe can be eaten hot from the oven or served cold throughout the week.

If I have one breakfast weakness, it’s the temptation of crispy, salty hash browns. So, you’ll understand why this quiche with a golden potato crust is my grand slam.

There’s really nothing to it. It’s the kind of dish you’ll want to whip up for company. And, it’s naturally gluten free and meal-prep friendly.

White cheddar, bacon, and eggs are such a classic flavor combo, that this quiche needs little more than some green onion or chives for a fresh pop of color.

Variation Tip: For a vegetarian version, swap broccoli florets for the bacon.

Making the Quiche with Potato Crust

I’ve tried shredding fresh Russet potatoes for this recipe, but I prefer the way prepared, frozen hashbrowns set for this crust.

Ingredient Tip: Squeeze the shredded, thawed potatoes to remove as much excess liquid as possible for the ultimate crunch factor.

Since everything bakes in a 9-inch springform pan, you have to make sure there aren’t any gaps when forming the hash brown layer. If you don’t own a springform pan, you can still make the recipe in a 10-inch cast iron skillet, but you won’t be able to remove it whole.

Lightly grease a 9-inch spring form pan with butter and evenly press the hash browns mixture into the bottom and sides of the pan, filling in all the gaps.

Transfer the pan to the freezer for at least 1 hour.

This step is so the hashbrowns have a chance to crisp up before adding the eggs.

Preheat the oven to 425F. Transfer the frozen crust to the center rack of the oven and par-bake for 15 minutes. Remove from the oven and set aside.

When using bacon in a quiche, it’s important to crisp it first for flavor and texture.

Substitution Tip: If you don’t have half-and-half, feel free to use whole milk or heavy cream instead. Dairy will help the proteins cook more slowly, resulting in a softer eggy center.

At this point, you can sprinkle the top of the egg mixture with green onion and place into the oven. Lower the oven temperature to 375F and bake just until the eggs set, about 25 to 30 minutes.

To unmold the quiche, I like to set it on a large cutting board. Use a sharp knife to cut into whatever size portions you want and serve hot or at room temperature. If you like a little heat, try this quiche with a splash of Tobasco or Louisiana Hot Sauce (my favorite). 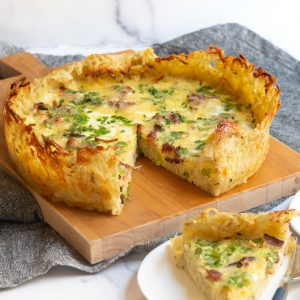 White Cheddar: I used organic “sharp cheddar”. White cheddar is the natural color of cheddar cheese and may not be labeled “white.” Any age/sharpness of cheddar will work in this recipe. 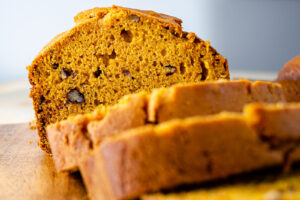 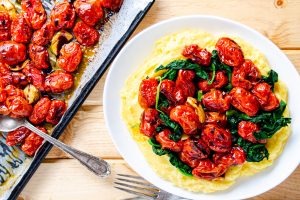 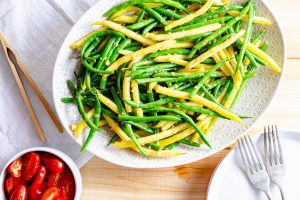 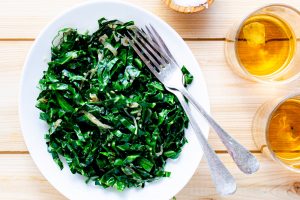 How to Cook Collard Greens 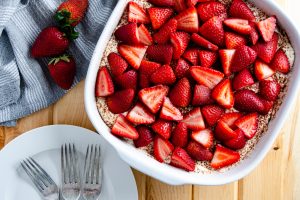 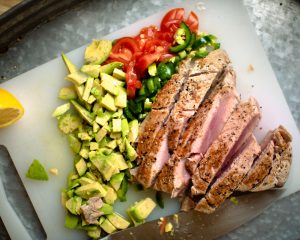 Nah. Crust leaked like a sieve. Might work if you later springform with foil. Christmas morning disaster at its best!

I’m sorry to hear that. Did you squeeze and press the hash browns? 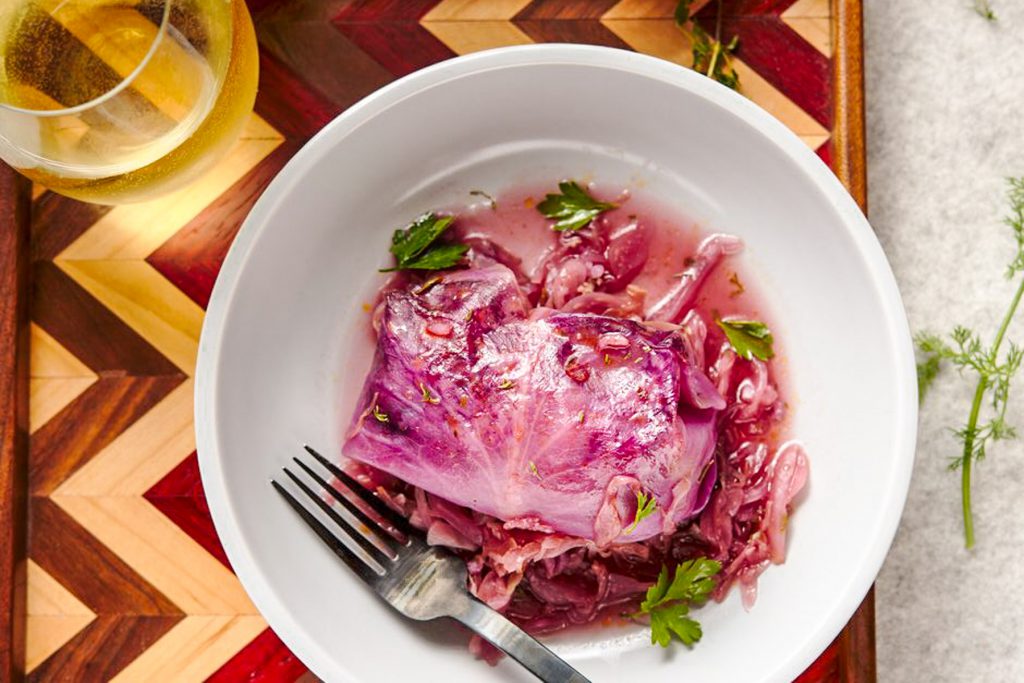 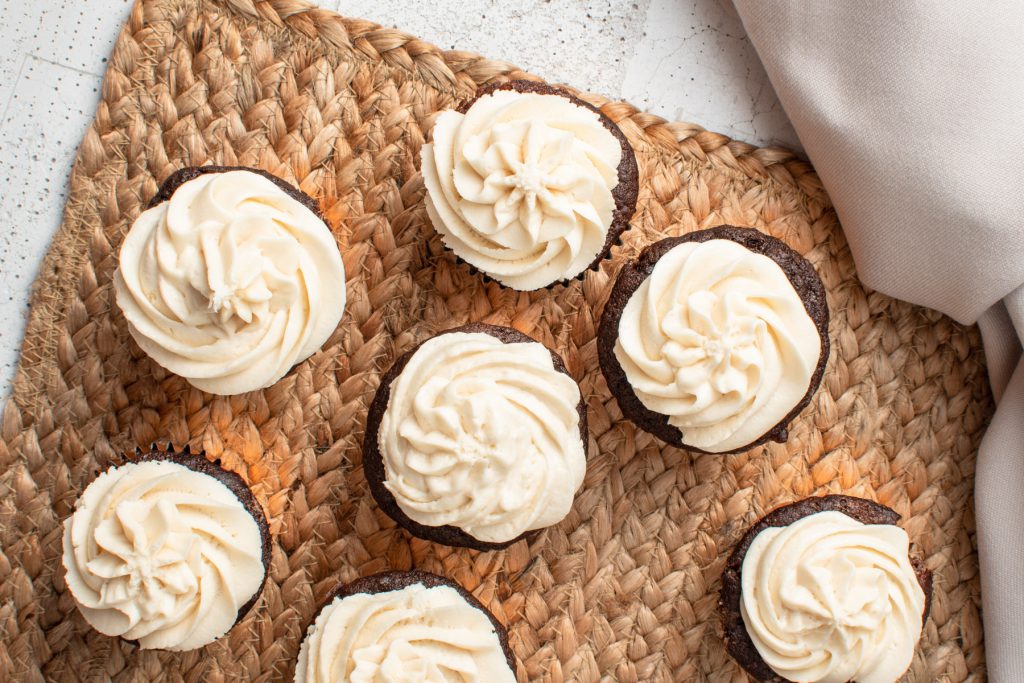 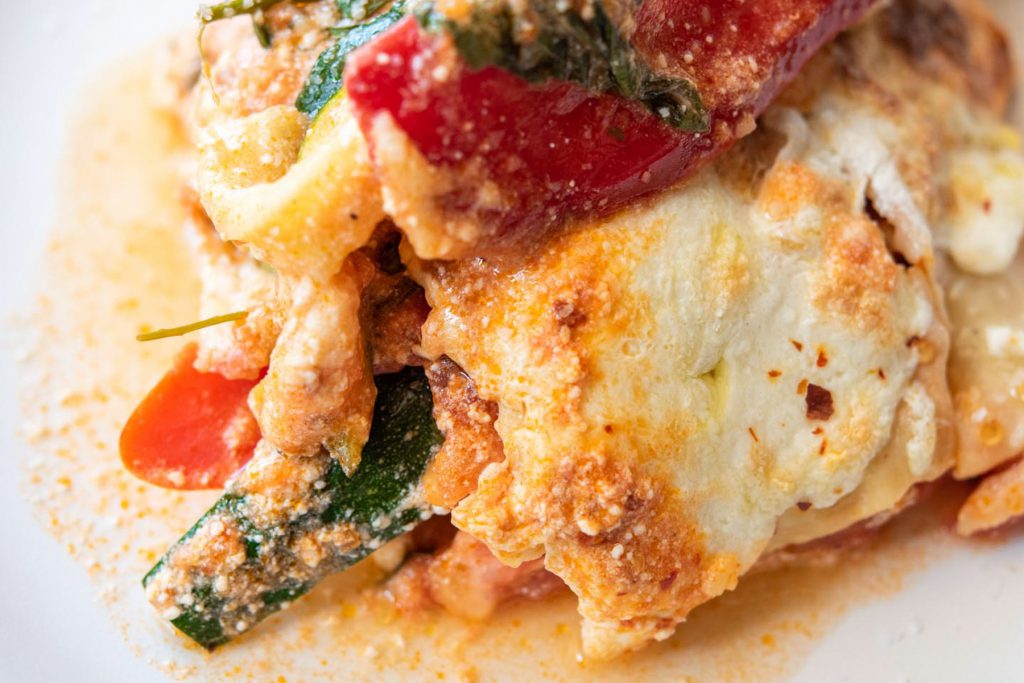 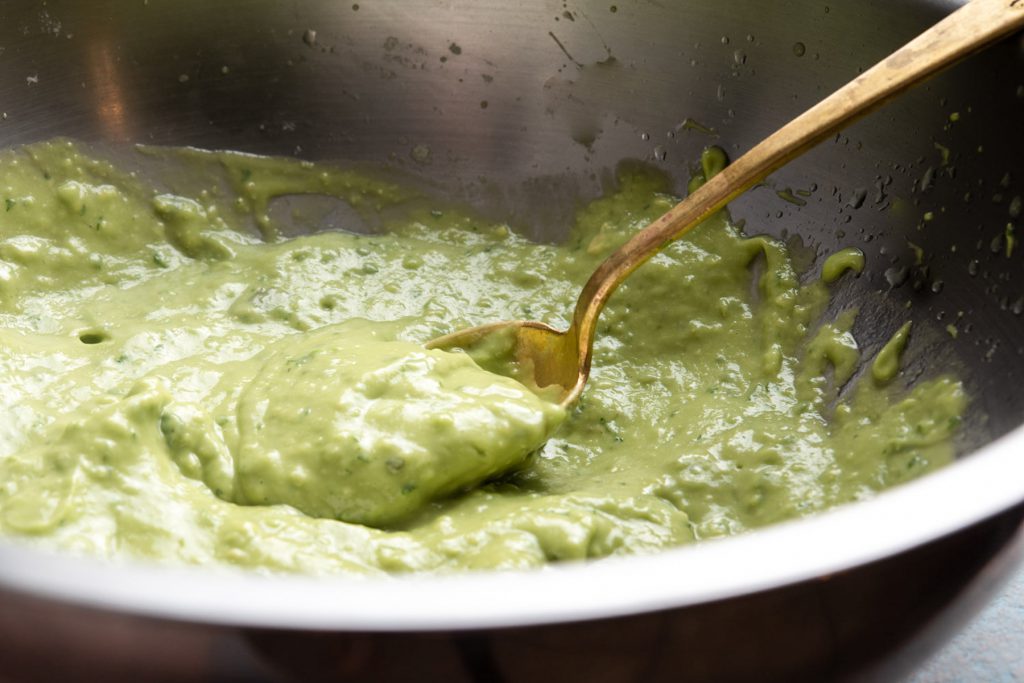 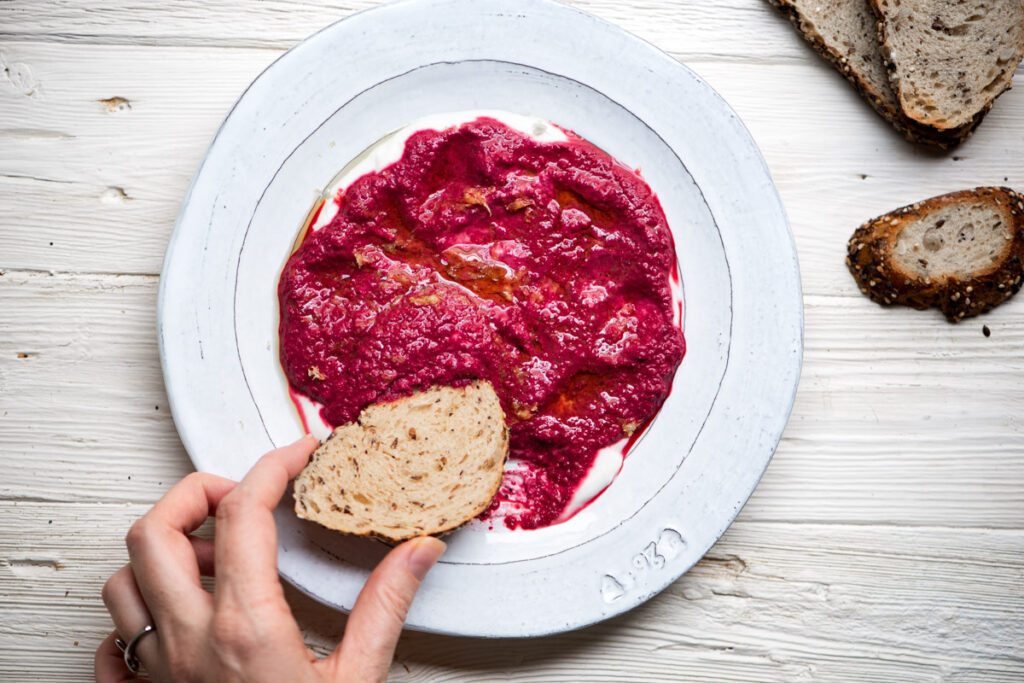 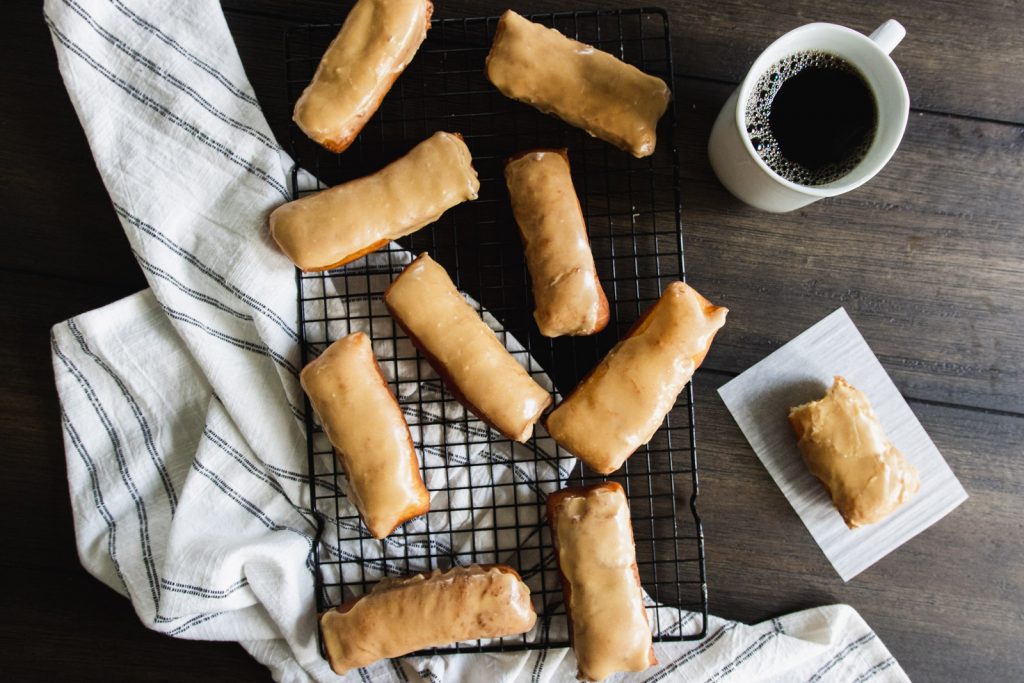 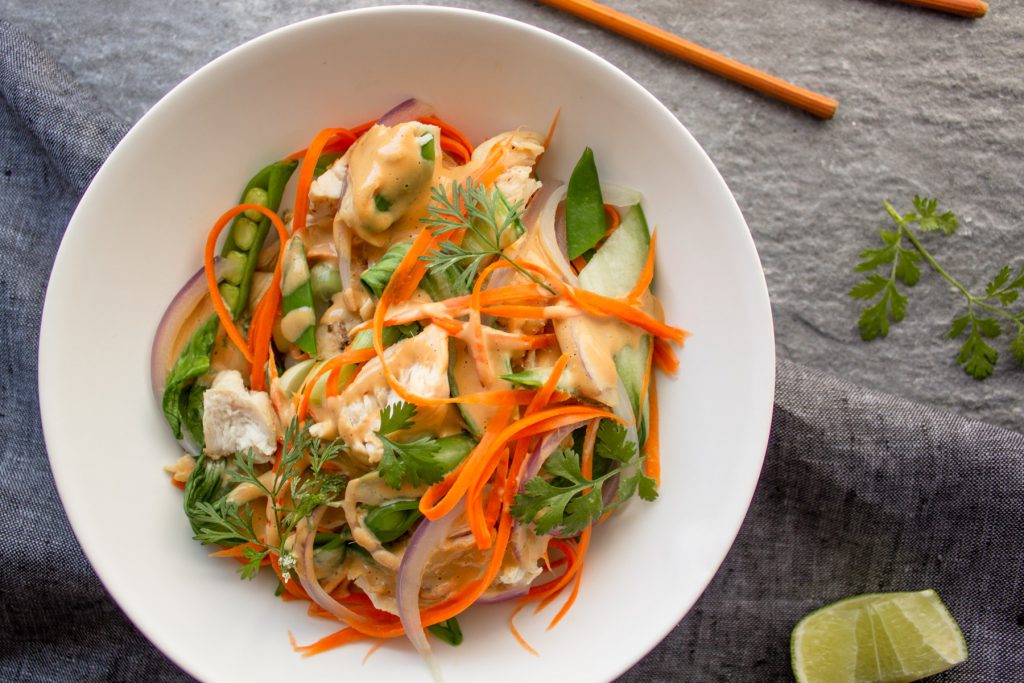 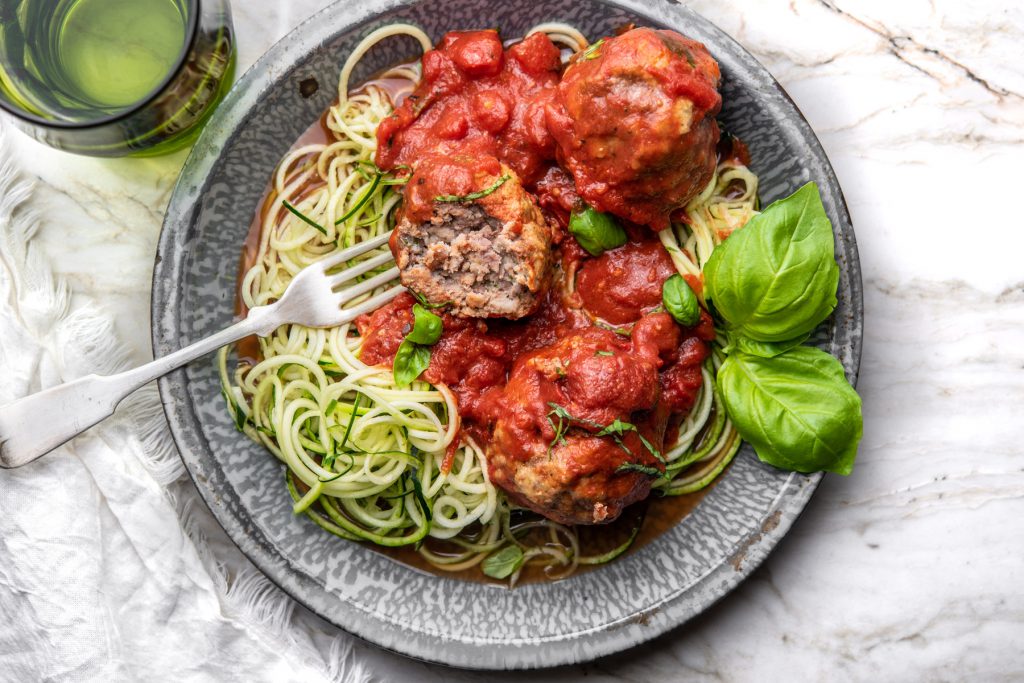 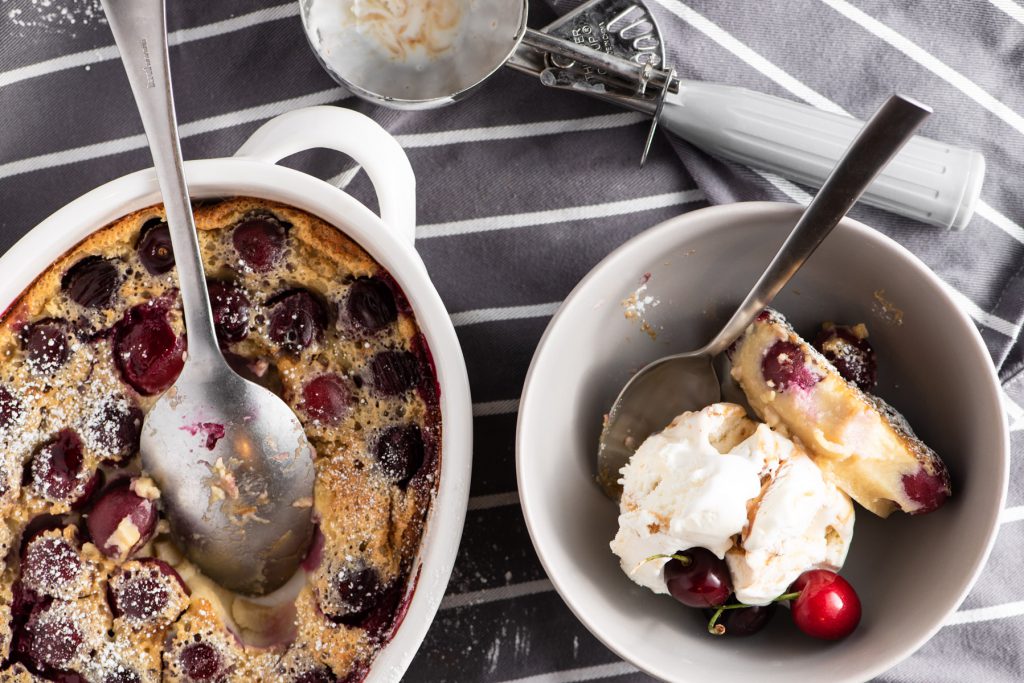